Around 2:00 p.m. yesterday afternoon, I realized that there was an enormous pile of dishes in the sink that still needed to be washed. Of course, I already had a million other things on my plate, but the kitchen was starting to smell, and I couldn’t ignore it any longer.

I saved the project I was working on, dragged myself away from the couch, and started to scrub. There was a steak pan, full of congealed grease; and I did my best to wipe it out, but there weren’t enough paper towels left. So, I cut my losses, and washed the residue down the sink.

A pot of room-temperature caramelized sugar, a tray of macaroni and cheese, and a bowl of rice pudding later, the dishes were starting to feel more manageable — until I noticed that the sink was starting to back up.

Naturally, I wasn’t too worried, because I have a garbage disposal. Without thinking much of it, I hit the switch, and . . .

I tried again. Still, nothing. At that point, I figured I should probably turn off the water, but when I pushed down on the handle, the water didn’t stop.

“Honey!” I yelled into the living room, where my husband was dutifully proofreading my manuscript.

“I think I made a mistake.”

At this point, the dirty dish water was at the lip of the sink.

Just as the water began to cascade down the cabinets, my husband burst into the kitchen and dove for the faucet. In vain, he pushed the lever, but the water kept flowing. And it wasn’t just flowing from the kitchen sink.

With a burst, the refrigerator door blew open, releasing a torrent of water onto the floor. And before I knew it, my unicorn slippers were submerged. Frantic, my husband splashed over to me.

“Honey,” he gripped my shoulders, terror in his eyes. “We have to get out of here! We’re going to drown.”

The water was up to my thighs now.

“We can’t just leave!” I cried. “This is our home. We’ve put so much time and energy into it. If we don’t try to save it, our lives will have been for nothing!”

Behind me, the couch was floating.

“You’re right,” I nodded, finally wiping away my tears. “If we stay, we’ll drown. Let’s get out of here.”

Grabbing my hand, my husband trudged through the murky water and led me to the front door. Twisting the doorknob, he yanked, but it wouldn’t budge.

Defeated, he turned to look at me.

“Why did you have to wash the dishes?” he whispered.

“Because,” a perfect tear rolled down my cheek, “they were dirty.”

And as the water lifted us off our feet and carried us toward the ceiling, we clung to each other with all the strength we had.

“I’m sorry,” I gasped when our heads bumped the ceiling. “I should have never turned on the sink.”

“It’s not your fault,” he held me close as a fish filet swam by. “It was bound to happen eventually.”

And as the water overtook our heads, and we gasped our final breath of air, I realized I hadn’t said the most important thing of all:

“Don’t forget to pick up milk on your way home from work tomorrow.”

Tiny bubbles streamed from my lips as the last CO2 I would ever taste flitted past my tongue. This was it. I was going to die.

And already, the angels were preparing the drums for my death march.

In the gray blur of near-death, my eyes rolled toward the window to the bird feeders hanging in the sunlight. And there on the windowsill, a tufted titmouse tapped the glass.

Beside him, a junco joined in.

Then a cardinal and a bluejay.

And finally, a pileated woodpecker swooped toward the window and pecked.

With a final blow, the window shattered. In the force of the cascade that followed, my husband and I were swept out into the yard. Sprawling in the snow with all of our dishes around us, we coughed and sputtered. And when my husband finally caught his breath, he picked up a mug and held it out for me to see.

In case you were wondering, this is the story of how I upgraded my Mac to Catalina and very nearly lost my entire novel. Luckily, with the help of my husband — and a little blind luck — everything is once again in working order.

But as a common courtesy to my fellow creatives: Always back up your computer before you make a big change . . . and always double-check to make sure that the backup was successful.

Have a backup horror story of your own? Feel free to share it in the comments section below!

5 thoughts on “Back up Everything but the Kitchen Sink: A Cautionary Tale” 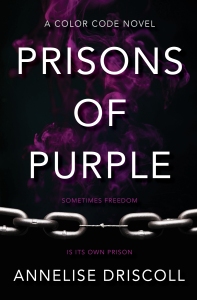 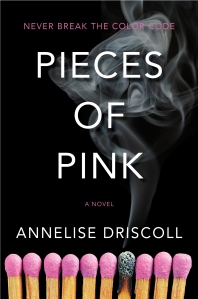